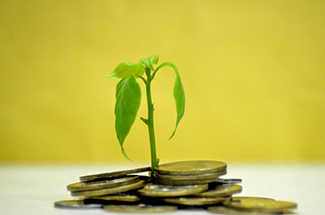 Space technology company Astrome Technologies Pvt. Ltd, is in talks to raise a pre-Series A round of funding from a clutch of investors in the next couple of weeks.

Angel investor Ajith Sukumaran, who is leading the investment, has already committed a portion of the funds in this round, a person directly aware of the development told TechCircle.in.

Astrome, which is incubated at the Indian Institute of Science (IISc), intends to provide high-speed broadband internet through satellites.

The company was founded by IISc alumni Neha Satak and Prasad HL Bhat in 2015. Satak earlier founded Scientific Preparatory Academy of Cosmic Explorers (SPACE), a non-profit that aims to promote space education, and Experimental Center for Applied Physical Systems (ECAPS LLC), a firm focused on asteroid exploration and detection. Bhat has also been an entrepreneur and founded a company called Streamoid Technologies, a firm that builds products on visual search technology.

According to the company website, Astrome will launch the first batch of high capacity satellites in 2019. The company will form a mini-constellation in low earth orbit (LEO) to provide broadband connectivity. In 2020, it will launch more 'floating routers' that constitute a network of high capacity satellites, ensuring reliable internet service to users.

The company also claims that internet delivered this way is 100 times cheaper than existing methods of delivery.

An alumnus of Harvard Business School and Cambridge University, Sukumaran has 20 years of experience across strategy management, financial planning investment management and more. He is currently pursuing investment opportunities, according to his LinkedIn profile. He previously led strategy planning in Nokia's corporate strategy division. He had recently invested in clinical research and data analytics company THB.

A report by audit and consulting firm Deloitte, along with industry body FICCI and the Department of Telecommunications, shows that the number of broadband users in India has surged in recent years, from 13 million in 2012 to 150 million in 2016. However, India trails far behind other countries on user base, broadband speed, percentage of people using the Internet and deployment of fibre optic networks.

Space technology has garnered a lot of interest from investors in the past year.

Bengaluru-based aerospace startup Team Indus has signed a contract with the Indian Space Research Organisation (ISRO) to launch a spacecraft that will attempt to land on the moon as part of its bid to win the Google Lunar XPRIZE.