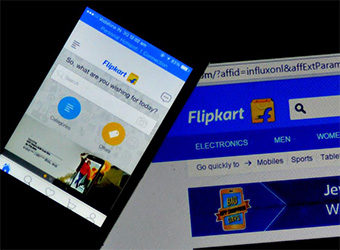 Online marketplace Flipkart expects its fashion business to turn profitable by the middle of next financial year, according to a report by a financial daily.

The company's chief executive officer Binny Bansal said that Flipkart Fashion would be profitable on EBIDTA level by FY2018, according to The Economic Times.

"We will be getting into fiscal year 2018 with a growth tailwind, while we entered FY17 with zero growth," the CEO was quoted as saying.

The company would also be focusing on large appliances, and will invest in its groceries and furniture verticals.

Flipkart Pvt. Ltd, the Singapore-based holding company of India's largest e-commerce marketplace, reported a wider loss for 2015-16 as it spent more to hold off growing competition from the local unit of Amazon.com Inc. The company posted a net loss of Rs 5,768.8 crore for the year through March 2016, up 86% from a year earlier

It was reportedly in talks with Wal-Mart Stores Inc, the world's largest retailer and Canadian pension fund CPPIB. It was also looking to hire investment banks to raise funds.

Meanwhile, Snapdeal chief executive Kunal Bahl had also said that the company would invest $100 million, the money saved by not buying Jabong, within a year to boost fashion retailing.