Startups that got funded last week 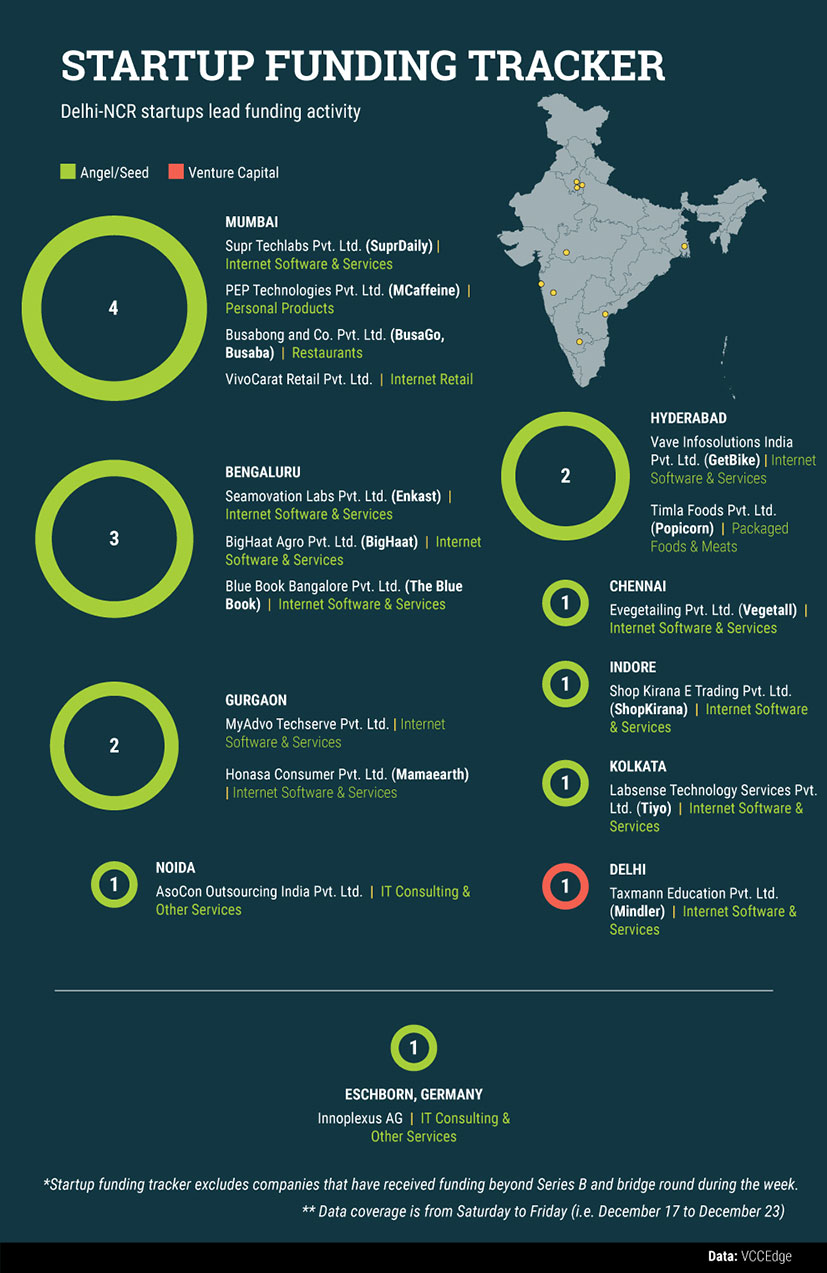 Among the other deals, Bengaluru-based online-to-offline marketing platform The BlueBook received $50,000 in a seed round of funding led by Indian Angel Network and Delhi-based online career counselling platform Mindler raised $32,000 in Series A round of funding from Taxmann Publications and IIM Ahmedabad's Centre for Innovation, Incubation and Entrepreneurship (CIIE).