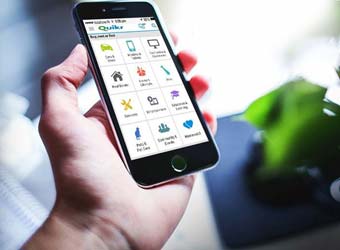 Online classifieds portal Quikr India Pvt. Ltd doubled its revenue in the quarter-ended December over the same period last year driven by a steady increase in the number of users responding on the platform.

"The company more than doubled its quarterly revenue year-on-year, despite a broader macroeconomic slowdown in November and December following the move to demonetise high-value currency in India," its Swedish investor AB Kinnevik said in its annual results on Friday, without giving the exact financials.

Quikr's FY16 total revenue had risen 44% to Rs 94.5 crore, mainly on account of an almost two-fold rise in other income to Rs 53.27 crore. Its net loss for the fiscal had expanded to Rs 534 crore from Rs 446 crore the year before.

Kinnevik holds an 18% stake in Quikr, at a fair value of nearly $168 million.

A Quikr spokesperson attributed the rise in responses to "product innovation and strengthening appeal of its verticals."

In January last year, Quikr acquired real estate portal CommonFloor to merge it with its property listings business QuikrHomes. Two months later, Quikr was in the news for laying off 150-200 employees of CommonFloor.