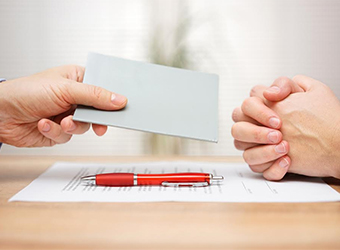 After reports of Snapdeal laying off nearly 30% of its staff, co-founders Kunal Bahl and Rohit Bansal have sent out an e-mail to the e-commerce firm's employees stating that the company has to take tough decisions in order to become profitable, a report in a national daily stated.

Snapdeal has also dissolved its SD Instant team, a service launched in 2015 that allows users to purchase daily essentials for delivery on the same day/next day, the report in the Times of India stated. The service, which was launched in Mumbai and Bengaluru, is available only in Gurgaon currently.

Amit Maheshwari, chief executive of the e-commerce firm's premium fashion platform Exclusively.in, has also left the company, the TOI report said. Exclusively.com was shut down in August 2016, just 18 months after Snapdeal acquired the marketplace. Maheshwari had joined Snapdeal in 2012, and was elevated as the CEO of Exclusively in August 2015.

"At Snapdeal, we are always assessing the progress of our initiatives and taking decisions on where we need to increase or to scale down investments. Amit Maheshwari is moving on to pursue personal entrepreneurial interests, and we wish him all the best in his future endeavours," a Snapdeal spokesperson said in response to an email query from Techcircle.

Last week, Jasper Infotech Pvt. Ltd., which runs Snapdeal, said it would reportedly be laying off 1,000 employees. About 5,000 contract and 3,000 on-roll employees from its logistics subsidiary Vulcan Express will also be given the pink slip.

Other recent top-level exits at the e-commerce firm include Abhishek Kumar, who headed corporate development. On Friday, the company's head of partnerships and strategic initiatives and one of its oldest employees Tony Navin left the company.

Recent media reports suggest that Snapdeal is in talks with its investor SoftBank Group to raise fresh funds at a lower valuation, ranging between $3 billion and $4 billion. However, co-founder Kunal Bahl said in an interview early this week that the e-commerce firm is looking to turn profitable in the next two years and doesn't need to raise funds unless it decides to make an acquisition.