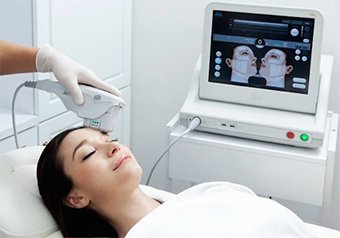 The investor has acquired 15-18% stake in the company. The round also saw participation from MyDermacy's existing investors, the statement added.

The startup had previously raised $150,000 from angel investors including the promoters of Internet service provider Spectranet and Daljit Singh, president of Fortis Healthcare, besides others.

MyDermacy helps people find solutions to their skin and hair problems from verified dermatologists. It also enables users to share their pictures with a dermatologist and receive personalised recommendations.

"This funding will primarily be utilised towards the expansion of the product offering and leadership hiring. We are also working on our next level of a diversified product offering on both consumer and B2B," Ankit Khurana, founder and chief executive of the firm said in the press note.

Founded early this year, Cyber Carrier has an active focus in India and has made a number of investments. It recently invested in self-drive car rental platform Zoomcar and lending platform IndiaLends. Its first investment in India was student loan platform Krazybee.

In an earlier interaction with VCCircle, Jessica Wong, partner at Cyber Carrier, had said that the fund would invest in about 12-20 startups in the next 18 months. She added that YeahMobi will be the strategy partner of the fund.

In December 2016, healthcare technology firm CitiusTech partnered with IIT Bombay's Society for Innovation and Entrepreneurship (SINE) to launch a fund to invest in early-stage healthcare startups.

The article has been updated to include changes from a statement issued by MyDermacy.