Photo-sharing app Vebbler has raised an undisclosed amount in a pre-Series A round of funding from a group of new and existing investors, the company said in a statement on Tuesday. 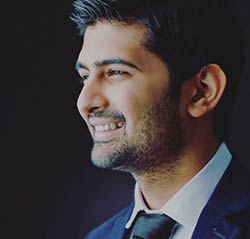 The funds were raised via deals platform LetsVenture.

Vebbler’s founder and chief executive Sahil Bhagat told TechCircle in an email that the startup will use the capital mainly to hire key senior-level executives and to scale the business through marketing and advertising.

"Vebbler provides a brilliant camera experience for millennials and is focusing on strong content through topic-based channels and stories,” said Subramanian in the statement.

Vebbler presently consists of a 15-member team across technology, marketing and other non-tech roles.

Run by Vebbler Technologies Pvt. Ltd, the Mumbai-based startup was launched in 2013 as a social network for conversations and later tweaked its offering to a photo sharing and collaboration app.

The latest iteration of the app allows users to share photos in groups called clubs, which can only be accessed by other club members.

Prior to Vebbler, Bhagat, an alumnus of the London School of Economics, set up two startups—a crowdfunding platform called Frogster and a college-based animation and film startup called Doodle Works.

In 2017, the startup was selected for social media giant Facebook’s FbStart programme.