Video conferencing platform Zoom and short video sharing application TikTok saw most of their downloads in April from India, according to a report.

TikTok, run by Beijing headquartered ByteDance, was installed 107 million times in the same month, 22% of which was from India, it added. 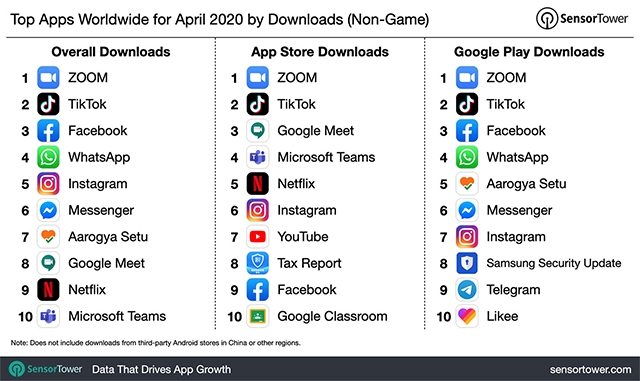 The development comes at a time when countries worldwide, including India, have provided cybersecurity advisories on the use of Zoom, terming the platform as “not safe”. Its security loopholes have also been identified by other authorities and regulators, globally.

To address these issues, the company acquired end-to-end encrypted chat and file-sharing platform provider Keybase on Thursday to introduce end-to-end encryption. Last month, it also released a security update to tackle Zoombombing,  a term used to describe instances where unknown users join and interrupt meetings on the platform to post lewd messages and hate speech.

TikTok, on the other hand, has followed a trajectory of popularity despite facing regulatory hurdles in the country. Sensor Tower had said in a separate report that as of April-end, India accounted for over 30% of its two billion global downloads. The surge in numbers was largely due to the increased use of smartphones during lockdown, it said.