All you wanted to know about Pokemon Go 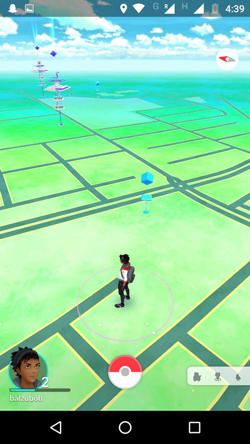 Japanese video-game company Nintendo's game plan to move out of the consoles-only format and enter the fast growing mobile landscape with the launch of Pokemon Go seems to be paying off. Designed for smartphones, Pokemon Go, which essentially is a spin-off of Nintendo's long-running and hugely popular Pokemon series, has been a hit around the world despite having been launched only in the US, Australia and New Zealand.

According to media reports, Nintendo added more than $9 billion in market value since the launch of its augmented reality smartphone app on July 7. A Bloomberg report noted that it had topped the free-to-download app charts for Apple in the US and Australia after only three days of its launch.

While the new app has not been officially launched in India yet, Nintendo is reportedly planning to formally unveil it in Asia and Europe over the next few days.

Meanwhile, if you are among the impatient fans who can't wait for the official launch of the game, here is how you can install it on your Android smartphone:

Note: Download the APK file (Android application package) only from the sites you trust.

According to security software company Proofpoint, a malicious version of the game has been uploaded to various APK download sites. This means the APK file you might download could give anonymous entities complete access to your phone.

By default, PokÃ©mon Go does asks for few permissions. However, the PokÃ©mon Go malware will ask for a lot more permissions such as access to your text messages, making calls, recording audio, among others. Request for such a sweeping access to you phone should immediate raise red flags about the nature of file.

If you have already downloaded the file, and want to cross-check if you made a mistake, go to Settings -> Apps -> Pokemon Go and View the "Permissions" section. Ideally, it should be asking for permissions such as, access to your location, full network access, contacts and camera, only.

How to download and install PokÃ©mon Go on iPhone

Open 'Settings' on your iPhone, tap on 'Apple ID' and select to sign out. Now, go back into 'Settings' and select 'General > Language & Region'. Set your region as US, New Zealand or Australia, the regions where PokÃ©mon Go has officially been launched.

Go through the process of creating an Apple ID and select 'None' in the Billing menu and add a US, New Zealand or Australian address. Now, you can download and install PokÃ©mon Go onto your iPhone or iPad. Once PokÃ©mon Go is released in your region, you can sign back in with your Apple ID - though you may need to reinstall PokÃ©mon Go. Since your data is saved to the cloud, you will be able to resume PokÃ©mon Go where you left.

How to play the Game:

Once you have the game, create an avatar and start looking for PokÃ©mon. The game screen will alert you when there's a PokÃ©mon around you and a red and white Pokeball will appear at the bottom of the display. You have to flick the ball towards the pocket monster.

While playing you will also come across coloured towers called Gyms where you go and fight other team's PokÃ©mon. The map on the game screen will show you coloured towers. You can take over the gym if you defeat the other team. Most importantly, you are supposed to be outside and have to walk around the real world catching wild PokÃ©mon on your smartphone.