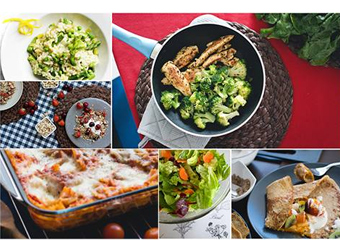 Gurgaon-based startup Bite Club has stopped its food delivery operations, one of its co-founders said, joining a growing list of ventures failing to make money in a segment that was investors' darling last year.

"We are on a temporary halt right now. We are working on a different strategy," Prateek Agarwal, who is also the company's CEO, told TechCircle. He didn't specify any reason for halting the operations or give any details of the strategy.

In March 2015, it had secured $500,000 in seed funding from Powai Lake Ventures and a few angel investors including Aneesh Reddy, co-founder and CEO at Capillary Technologies; Goibibo Group founder Ashish Kashyap; and Alok Mittal, head of Canaan Partners India.

The company was founded by in November 2014 by Agarwal, Aushim Krishan and Siddharth Sharma. It operated a managed marketplace for food delivery, and took on board housewives, recipe bloggers, restaurant chefs and former restaurant owners to prepare food.

The company had plans to expand in Delhi-NCR when it closed the pre-Series A round. At the time, it claimed to deliver 1,000 meals a day.

The food-tech sector has been in the limelight mostly for the wrong reasons in recent months as several companies shut or scaled down operations, after raising angel and venture capital funding last year.

A few companies have, however, managed to raise follow-on capital from investors. These include Swiggy, Holachef and Twigly. Gurgaon-based Twigly Foods Pvt. Ltd raised $600,000 and Holachef secured fresh funding earlier this month.