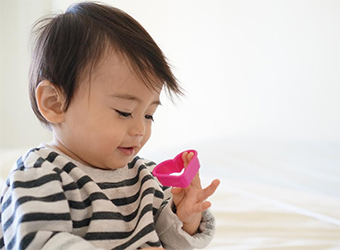 The company said it will use the current funds to innovate on its product and expand its services.

"We've grown as a product, as a team and have learnt to now focus our energies on the new revenue model. Flipkart has been a great partner and supportive of us in all our endeavours," said Suhail Abidi, the founder of the firm, in the press note.

TinyStep, which claims to be hosting the country's largest parent network, has a 20-member team comprising mostly engineers, and claims to have more than 10,000 parents on its platform. An IIT Kanpur alumnus, Abidi also founded SiliconPrime Technologies in 2013.

TinyStep has previously received investment from Flipkart on two occasions.

In 2014, it raised Rs 3.2 crore ($501,000) in seed funding from Flipkart soon after its launch, according to VCCEdge, the data research platform of VCCircle.

In the broader parenting space, a bunch of startups have come up in India. BabyCenter, BabyChakra, Parentune, ZenParent, Parentedge, KIDSS (Kid Social Shell) and MyCity4Kids are some of the players in the space.