Any doubts about India’s latest startup wave being led by B2B and enterprise technology businesses were dispelled in 2019 as such businesses drew more than their fair share of greenbacks. From ecommerce and logistics to autonomous cars to AI (artificial intelligence) enabled lifesciences solutions to SaaS (software as a service), dealmaking this year was marked by a noticeable shift in preference among investors for B2B and enterprise technology bets.

Not just Tiger Global Management, the New York headquartered alternative investments firm that racked up as many as many as 15 B2B investments this year, such businesses also drew interest from investors such as Tencent Holdings, Walmart, Steadview Capital and HarbourVest Partners.

It was also a good year for India’s growing population of unicorns, industry parlance for startups valued privately at $1 billion or more. Multiple unicorn deals were struck during the year across sectors such as gaming, logistics, ed-tech deep-tech and ecommerce.

Any discussion on startup dealmaking in India’s startup market is incomplete without a nod to SoftBank Group Corp. The Japanese technology conglomerate, investing from its Vision Fund, didn’t disappoint, making its presence felt across the board in most important deals that were struck during the year.

Here’s a snapshot of 10 notable funding deals in 2019 that offer a microcosm into dealmaking patterns through the year. 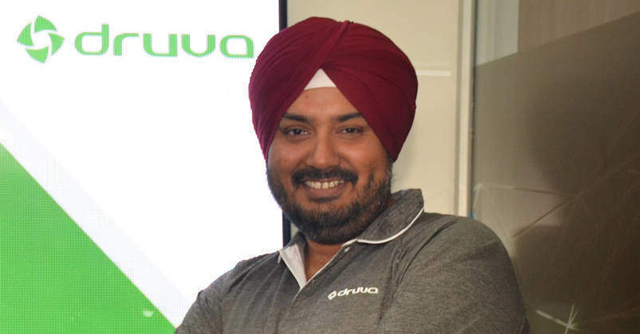 The Pune-born cloud data backup and recovery solutions firm became the second Indian-origin SaaS startup to drive into the unicorn club. In June this year, the firm, which is now headquartered in Sunnyvale, California, raised $130 million in a growth round led by Viking Global Investors.

Read: From Pune to Sunnyvale: The Druva template for building a global SaaS leader

Druva’s valuation bump up, which came about a year after Chennai-born Freshworks achieved unicorn status, puts India firmly on the map as a hotbed churning out global SaaS businesses. San Mateo, California headquartered Freshworks itself saw its valuation vault to $3.5 billion when it raised $150 million from returning investors in November this year. 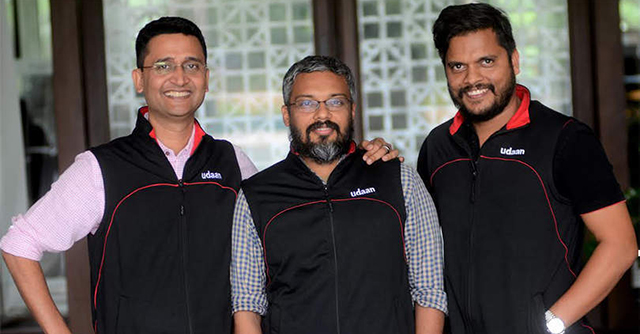 The Bengaluru-based company became the poster child of the B2B wave when it raced into the unicorn club in record time in 2018. Investors remained fascinated with the potential of the B2B ecommerce marketplace through the current year. In October, Chinese technology conglomerate Tencent got on board as a major investor in a $585 million funding round that saw Udaan’s valuation vault to $3 billion.

Founded in 2016 by former Flipkart executives Amod Malviya, Sujeet Kumar and Vaibhav Gupta, Udaan claims to currently connect 20,000 sellers across the country to 3 million retailers in 900 cities within its network.

Beyond ecommerce, B2B was a dominant investing theme across sectors. One sector that should be worth watching in 2020 is foodtech. Bengaluru-based Hungerbox hit the headlines when it raised $12 million in a funding round from Paytm, among other investors. Logistics has also been high on investor radars. Pune-based ElasticRun, for instance, raised a big round from Naspers-owned Prosus Ventures in October. Industrial goods marketplace Moglix found an investor in Tiger Global for a $60 million round in July. Anad, this month, Walmart and Flipkart made a joint investment in Ninjacart, a B2B marketplace for agricultural produce.

Previously known as SSN Logistics, Delhivery was founded in 2011 by Mohit Tandon, Sahil Barua, Bhavesh Manglani, Kapil Bharati, and Suraj Saharan. The company offers a full suite of logistics services from express parcel delivery to reverse logistics to B2B and B2C warehousing. The company claims to serve more than 17,500 pincodes and 2,000 cities across the country.

Bengaluru-based BigBasket, the reigning market leader in the online grocery business, raised $150 million in a funding round led by South Korean investor Mirae Asset. With the funding, by TechCircle’s estimates, the company’s valuation stood at $2-2.3 billion.

The capital infusion couldn’t have been better timed for the Alibaba-backed e-grocer. Competition is heating up in the segment with deep-pocketed entrants such as Walmart-owned Flipkart and US-based Amazon aggressively expanding their grocery verticals. Existing rivals, notably Grofers, are also bulking up their coffers to play the long game. In May, SoftBank led a $200 million funding round in the Gurugram-based Grofers. This month, the company claimed it had achieved break-even in the Delhi-NCR and Kolkata markets. 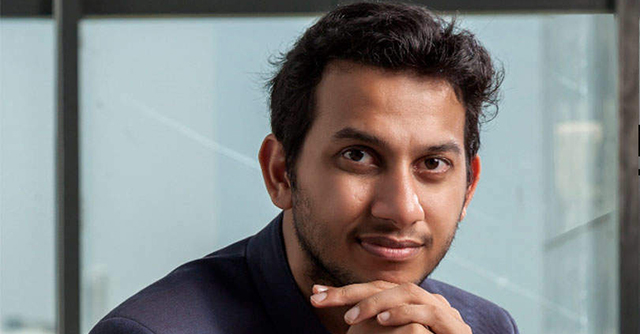 In 2019, Ritesh Agarwal, hospitality chain OYO’s 26-year-old founder, pushed through a landmark deal to put himself in the driver’s seat in the company by becoming its second largest shareholder after SoftBank. Last month, the OYO board approved a $1.5 billion primary and secondary capital infusion from Agarwal and SoftBank. Following the investment, made through Agarwal-owned RA Hospitality, the founder will own more than 18% of the company.

While several have questioned the deal in the context of OYO’s financial model, the deal does mark a departure in the Indian startup ecosystem that has not often been witness to founders of heavily funded technology startups pumping significant capital into their own companies.

OYO ticked another box this year when it found a strategic investor in Airbnb as part of a reported $200 million round in April. When Agarwal founded OYO in 2013, his goal was to create a budget stays platform modeled on the iconic San Francisco headquartered company.

By becoming the first gaming startup to reach $1 billion valuation, it has certainly revived investor interest in this segment. The announcement came right after TechCircle first reported that negotiations were underway between Steadview and Dream11 for an investment that would value the startup between $1.3 billion and $1.5 billion.

The company was founded in 2007 by Harsh Jain and Bhavit Sheth. It offers its users fantasy gaming in categories such as cricket, football, kabaddi, and National Basketball Association (NBA). The company underwent a few pivots and came into its current form only in 2012.

After the ride hailing market, electric vehicles (EV) are the next frontier for Bhavish Aggarwal, founder and CEO of ANI Technologies, the company that owns Ola. Despite his ongoing tussle with his largest investor, SoftBank, Aggarwal was able to get the Japanese conglomerate on board as an investor in Ola Electric, the company’s full-stack electric mobility arm.

The overall shared mobility market itself has been flush with capital over the last couple of years as investors flocked to get on the board the EV-led shared mobility opportunity.

In November, micro-mobility platform Yulu raised nearly $10 million in a round led by Bajaj Auto. In February, Mahindra & Mahindra entered the space with the launch of a service called Glyd.

Also read: Shreyas Shibulal is ready to play the EV game in India with Micelio 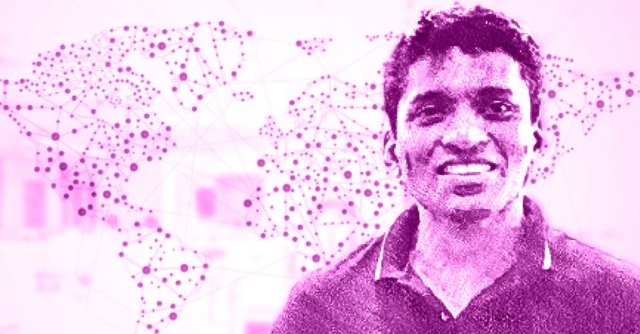 Edtech unicorn Byju’s funding run continued into 2019 and each round saw its valuation scale each time. The Bengaluru-based company secured $150 million as part of a funding round from Middle East and US-based investors Qatar Investment Authority and Owl Ventures respectively.  With this deal, the company’s valuation stood at $5.7 billion and the total funding received till date now stands at $819.8 million.

Prior to this, the Naspers-backed company also raised $31.3 million from General Atlantic and Tencent Holdings in March. Byju’s was founded in 2015 by Kerala-born entrepreneur Byju Raveendran. The company now has over 40 million registered users and 2.8 million paid subscribers.

In September this year, Bengaluru-based microlender CRIDS snagged $104 million in a funding round from Flipkart founder and former CEO Sachin Bansal. Not just that, Bansal also got on board as CEO at the company, which he believes has the potential to become a significant player in the country’s buoyant fintech sector.

CRIDS is one of several investments that Bansal, who exited from Flipkart in 2018, has made in the financial services and fintech sectors over this year as he seeks to reinvent himself.

Read: How Sachin Bansal is spending his $1 billion-plus Flipkart fortune

Homegrown social media platform ShareChat received its highest validation this year when Twitter, the San Francisco-based social networking giant, joined a consortium of investors to participate in the Bengaluru-based startup’s $100 million funding round in August.

ShareChat was founded in 2015 by Sachdeva, Farid Ahsan and Bhanu Pratap Singh to create a social platform that allows exchange of jokes, videos, songs and images.