It took a pandemic to expose the fault lines in the people management strategies at several of India’s loss-making and venture capital backed technology startups.

Overall, since the Covid-19 pandemic got underway, leading to a nationwide lockdown, which has been lifted partially now, as many as 27 such startups have laid off employees, implemented pay cuts across the board or furloughed workforce. ‘Furloughed’ is the catchword preferred by several such startups and their management teams for unpaid leave of absence.

By TechCircle’s estimates, over 13,000 people have lost their jobs in India’s startup ecosystem since the lockdown started, with several thousand furloughed.

“That (employee costs) is their maximum cost item. If they want to cut losses now, that's the only place to go,” Kamal Karanth, a co-founder at specialist staffing company Xpheno told TechCircle. 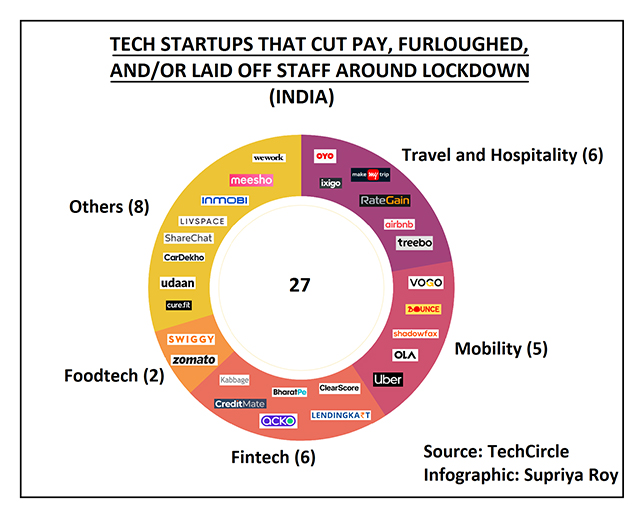 In this report, TechCircle looks at the people costs from FY19 profit and loss statements at some of these companies that have carried out pay cuts, furloughs and layoffs.

The hospitality and travel space, which has taken a huge blow due to travel-related restrictions, had the most number of technology startups that streamlined manpower costs. Ritesh Agarwal-led OYO did it all -- culled jobs, furloughed staff and cut pay. Its overseas investor Airbnb cut about 1,900 jobs in early May.

Homegrown travel and hotel software solutions provider RateGain sent some of its employees on unpaid leaves. Budget hotels aggregator Treebo took to LinkedIn to find jobs for its employees that it laid off using a paid voluntary resignation scheme. Among online travel agency players, MakeMyTrip cut 350 jobs, while Ixigo cut pay of employees. 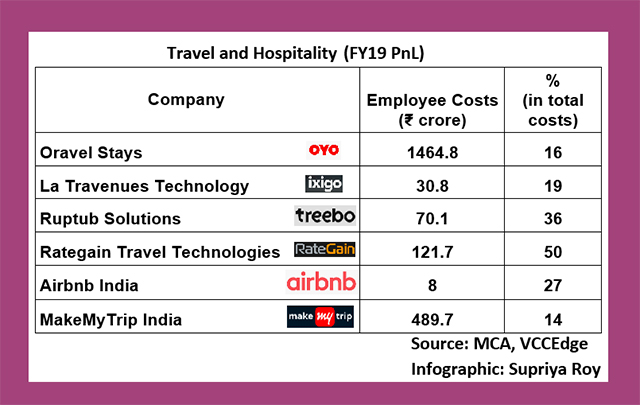 In April, Bounce announced pay cuts for all remaining employees.

In the largest known figure on layoffs around the lockdown, ride-hailing major Uber cut 6,700 jobs globally, of which 600 roles were based in India. Closer home, rival Ola let go of 1,400 employees. In January, third party logistics company Shadowfax Technologies laid off about 50 employees. 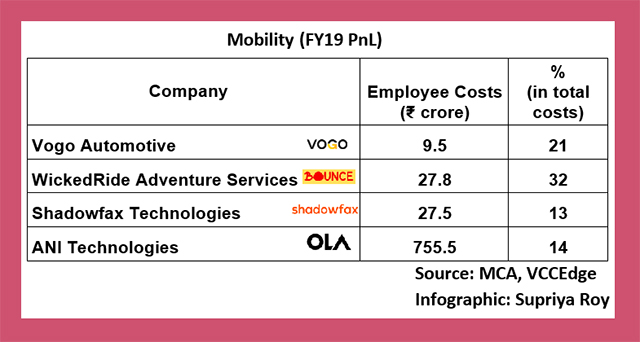 Another SoftBank portfolio startup, small business lender Kabbage reportedly shut its Bengaluru office and furloughed a portion of its workforce in the United States. 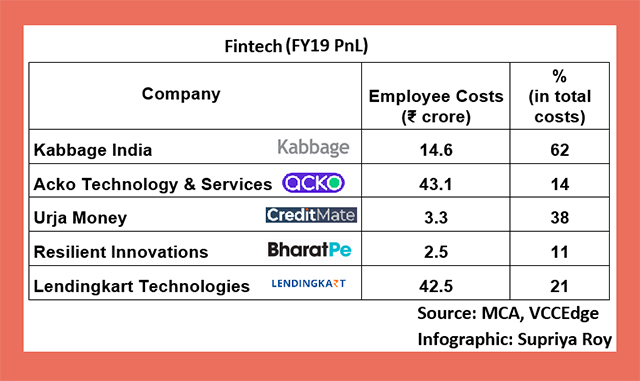 Both of the top players in the Indian online food delivery space let go of their employees. First, Zomato cut 520 jobs, a couple of days before Swiggy announced its decision to cull 1,100 jobs.

In the advertising business sector, vernacular social media platform ShareChat cut 101 jobs, while adtech firm InMobi rolled out pay cuts through a revised compensation structure for its employees to avoid laying them off. 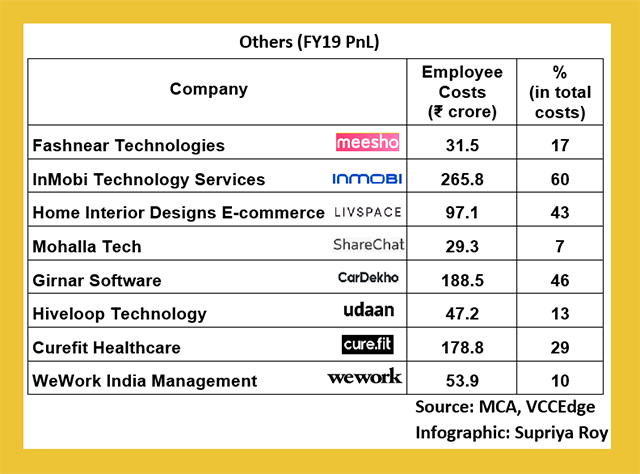